President Pat Byrne: Why school students should stay at home 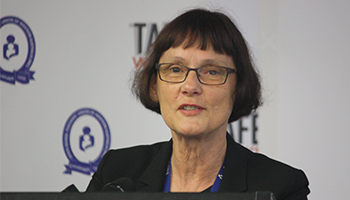 While the advice to the majority of the population in the time of COVID-19 is to practise social distancing, work from home and keep their kids home if they choose, teachers and lecturers in schools and TAFE colleges around the State are being told the opposite.

Instead, they’re being told to front up to implement ever-changing health rules and requirements with little capacity to do so.

And while the State School Teachers’ Union WA and our members have absolute sympathy for the position those in authority are in, principals and teachers would like to know that consideration is being extended to them, too.

While the Prime Minister’s weekend media conference was undoubtedly supposed to be reassuring, his decision to keep schools open had the opposite effect on educators.

The majority of their anxiety is being caused by the contradictions in the messages.

On the one hand, the PM is telling parents their kids should not be hanging out in public, where they could pose a health risk to the “vulnerable and elderly population”.

But on the other hand, the PM is telling teachers that kids don’t pose a risk and it should be business as usual in schools.

But it is not business as usual.

We are in a state of emergency, and keeping schools open does not reflect that.

The PM’s decision overlooks the fact that many teachers are those “vulnerable and elderly” people who are at risk.

We estimate about 30 per cent of teachers across WA are aged over 60 or have underlying health conditions. To tell them to keep fronting up to class each day is not only contradictory, in a situation where compliance with health advice to the general public is impossible, it’s dangerous.

In other words, it’s all a bit of a guessing game, and it’s a game teachers don’t want to play.

In the absence of evidence, the SSTUWA would rather err on the side of caution.

Anyone who’s spent time in a classroom will know that social distancing in a school or college environment is simply impossible.

While we’ve been advised by the authorities that social distancing is the safest practice, no-one has told us how it can be implemented in schools.

Similarly, in TAFE colleges there are specific subject areas, which by their very nature require physical contact.

Increasing hand washing and using hand sanitiser are sensible measures, but anyone with a child (let alone multiples in a class) will know that getting them to wash properly can be a challenge.

Policing hand washing in schools, especially with dwindling supplies, is not particularly practical.

So, in the face of contradictory worldwide medical advice, the absence of clear guidance on how social distancing and hand washing should be implemented in schools and the increasing anxiety of educators, the SSTUWA has formed the view that the safest place for children is at home.

That’s why we’re calling for the State Government to implement pupil-free days, or bring forward the school holidays and undertake partial school closures.

We understand that for some parents, this is a difficult proposition, while for others, it’s unworkable.

That’s why we’ve offered to sit down with the government and work out how we could provide for vulnerable children and the children of essential workers.

However, this would need to be done with the proper supports, supplies and guidance required.

Moving to pupil-free schools until the scheduled holidays would enable the education system to get on with the difficult and complex task of moving to implement online learning, should schools need to close on a longer term basis.

Partial school closures may not be the perfect solution, but it’s the only way education staff will have some certainty in these uncertain times.

This piece was originally published in The West Australian, 25 March 2020.