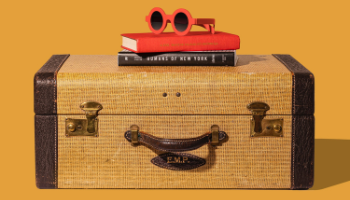 Last month, government agencies started making payments to some casual and former casual employees representing historical long service leave entitlements. This article will discuss the background to these payments, issues that might arise and what members can do to get further advice and help in resolving any problems.

Government Sector Labour Relations wrote to agencies advising that such employees may be entitled to LSL under the Long Service Leave Act 1958 (WA) (LSL Act). They would have this entitlement even if an industrial instrument (award or industrial agreement) purported to pay casual employees a loading in place of LSL.

Entitlements under the LSL Act and industrial instruments

The LSL Act provides a leave entitlement of 8 ⅔ weeks per 10 years of continuous service, with a pro-rata payment due on termination after seven years’ service. Because the LSL Act applies to casual employees, many long-term casuals employed by the Department of Education or TAFE colleges may have LSL entitlements.

When this is the case, such instruments apply to the exclusion of the LSL Act because the accrual rate for the leave is 13 weeks per 10 years, which is higher than the LSL Act entitlement.

Not all instruments have been updated in this way, though. For instance, the Teachers (Public Sector Primary and Secondary Education) Award 1993 was amended in 2020 to recognise LSL for casuals.

However, this is yet to occur with the TAFE instruments [Teachers (Public Sector Technical and Further Education) Award 1993 and Western Australian TAFE Lecturers’ General Agreement 2019].

While SSTUWA is seeking the inclusion of LSL for casual TAFE employees in the current round of bargaining, this is still a work in progress.

In response to these issues, the state government has been grappling with the problem of how to rectify the historical misunderstanding about LSL entitlements and correctly calculate future entitlements.

The task is difficult for reasons, including the lack of historical records, different accrual rates under the LSL Act and industrial instruments and uncertainty about periods of mixed employment (e.g. periods of casual employment contiguous with fixed-term or ongoing employment).

The state government has decided to proceed on the following basis:

Accrued or pro-rata LSL Act entitlement: Where a casual employee has qualified under the LSL Act for pro-rata or accrued LSL based on seven to 10 years of employment with the same employer, the employer will credit the employee an amount equivalent to 8 ⅔ weeks per 10 years. The amount credited will take account of the fraction of employment, based on the employee’s average weekly hours of work. The employer will make an equivalent cash payment to former employees so long as they were last employed no earlier than 16 September 2013.

(a) The employer will calculate any historical accrued LSL Act entitlement using the method above and credit this to the employee’s LSL balance; and

(b) The balance of their service will go towards their accrual under the industrial instrument, worked out at the rate provided for in the instrument (e.g., 13 weeks per 10 years).

By way of an example, an ongoing casual employee who worked for the Department of Education for 12 years (excluding breaks) before the industrial award recognised their long service leave would have the following entitlement:

(a) An accrued entitlement based on the LSL Act for the first 10 years (8 ⅔ weeks per 10 years, pro-rata if the person’s hours were less than full-time); and

(b) An accruing entitlement based on the industrial instrument for the remaining two years of service.

The government’s approach has some benefits. For example, in establishing casual employee service for LSL under the Act, a break in employment, irrespective of the length, will not cause a break in service.

This approach is more generous than the LSL Act rules. The government also assumes the administrative burden of going through historical records to calculate the entitlement.

However, some issues may emerge, not least the question of how to treat a mix of casual and other employment.

The government’s approach does not seem to deal with a situation where a person had periods of casual employment where only the LSL Act applied to them, interspersed with periods of fixed-term or ongoing employment during which the industrial instrument applied.

Depending on the interpretation of the LSL Act and the instrument, a person who had five years of continuous fixed-term employment, then five years of casual employment, under the government’s approach, may not currently have their full service recognised in their LSL.

The SSTUWA’s position is that in this type of situation, the employer should recognise all the service for the purpose of LSL, and we are seeking clarification on the proposed approach.

The SSTUWA encourages members who believe they have been wrongly paid or not had their LSL properly recognised to discuss this with their employer in the first instance. If the employer does not resolve the issue, we ask members to call Member Assist on (08) 9210 6060.