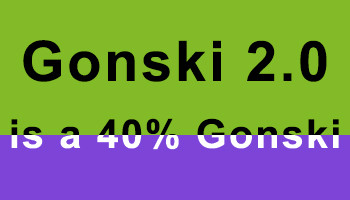 Gonski 2.0 puts a cap on Commonwealth funding of public schools. It represents a major retreat by the Commonwealth Government in funding public schools and disadvantaged students. Disadvantaged public schools will continue to be massively under-resourced, unless state governments reverse their past cuts and come to the rescue with a major funding effort. But, they are not required to increase inflation-adjusted funding per student funding under Gonski 2.0.

The Turnbull Government has rejected the necessity of a nationally agreed approach to funding schools according to need. It has unilaterally struck a new Commonwealth funding model without consultation with state and territory governments. As a result, inconsistencies and inequities in funding between schools in different states will remain as state governments follow different funding policies.

A Gonski PLUS is needed to provide a large funding increase for disadvantaged students, create an integrated national school funding system to ensure equity in funding across all schools, systems and states. The increase in funding could be easily funded by phasing out all over-funding of private schools, which runs into billions of dollars.

In essence, the Turnbull Government has pulled a financial confidence trick in highlighting the total funding increase over 10 years without making allowance for increasing costs and enrolments. It is a case of a big total amount over a long period disguising a small increase per student year-by-year. It is most unfortunate that David Gonski allowed himself to be associated with the Government’s confidence trick, when he has done so much to highlight the need to better fund disadvantaged schools, public and private.

The funding estimates for 2026-27 reported here are based on figures obtained from the Coalition Government media release on Gonski 2.0, the Budget Papers Overview for 2014-15 and Budget Papers No. 1 for 2013-14, 2014-15 and 2017-18. School costs are assumed to increase at 3% per year and enrolments at 1.43% per year. It is acknowledged that estimates of future funding over a 10-year period can be imprecise because the assumptions behind them can easily change. However, using constant assumptions for increasing costs and enrolments is common practice in estimating future trends. The 2017-18 Budget Papers forecast an increase in the Wage Price Index (WPI) of 3% per year for the next few years and the increase for the general WPI historically is at least 0.5 percentage point below the WPI for education and training. The enrolment increase assumed here is based on the trend over the past few years.

This change is highly significant. It means abandoning the increased role for the Commonwealth Government in funding disadvantaged students, over 80% of whom attend public schools. Its role in funding them will be strictly limited in future. Public schools will receive less than 50% of the small increase in funding under Gonski 2.0 ($6.4 billion out of $13.1 billion). The Commonwealth contribution to the SRS of public schools currently stands at 17%.

In contrast, Gonski 1.0 would have seen an expanded role for the Commonwealth in supporting disadvantaged public schools to overcome the effects of disadvantage on education outcomes. It was planned that the Commonwealth would provide about $10 billion in additional funding between 2013-14 and 2019-20 and public schools would have received about $8 billion, or 80% of the increase.

Progress toward the SRS for public schools will be left to the uncertainty of state and territory government funding. In his recent address to the National Press Club, the Minister for Education, Simon Birmingham, made it clear that it will be up to the states whether they put in the other 80% of the SRS of public schools:

…that is a matter of policy priorities for them. If they want to pay 80 per cent of our School Resourcing Standard they can do that; if they want to instead spend some more money on police, they I can do that - roads, hospitals, take your pick for state governments.

There is no requirement for the states to increase their real funding effort as there was under Gonski 1.0. Under Gonski 2.0 they are only required to maintain their real level of funding per student, and that is lower than it was in 2009-10 according to the latest available figures.

The absence of any agreement with state governments about future increases in inflation-adjusted funding per student means that various governments will inevitably make different decisions about their funding of public and private schools. Some may increase inflation-adjusted funding and others may continue to cut funding; some may continue to increase funding for private schools and cut funding for public schools; some may increase funding for public and private schools by different amounts. The result will be that schools in different parts of the country with similar demographic composition will continue to receive vastly different funding per student. Simon Birmingham has railed against such inconsistencies in funding between the states to denigrate Gonksi 1.0, but Gonski 2.0 does nothing to stop these inconsistencies continuing.

Even if state governments do maintain real funding into the future, public schools will never recover their reductions in funding since 2009-10 or get anywhere near 100% of their SRS by 2026-27 if state governments only maintain real funding into the future from this year. In 2016, the state component of the SRS of public schools was well below the target 80% in most states. For example, it was 71% in NSW, 66% in Victoria, 72% in Queensland and South Australia, and 67% in the Northern Territory.

Without a major funding boost by state governments, the likelihood is that disadvantaged public schools will remain vastly under-resourced while a cap on Commonwealth funding is in place and there will be little or no progress in improving outcomes for disadvantaged students.

The Turnbull Government’s priority is to look after private schools. They will all get to 100% of their SRS by 2026-27, notwithstanding that some are well above their SRS already and many are there, or nearly there. It has made a clear choice to give resource certainty to the more privileged private sector rather than public schools which enrol over 80% of all disadvantaged students.

A Gonski PLUS is needed to better support disadvantaged public schools

Too many commentators and organisations have allowed themselves to be seduced into welcoming Gonski 2.0 by the illusion of a large increase in funding and the tiny reduction in over-funding for private schools. Their uncritical acceptance of Gonski 2.0 ignores the fact that it delivers very little additional funding to public schools, which enrol over 80% of all disadvantaged students, and makes their future funding subject to the uncertainty of state government provision.

Gonski 2.0 has locked in a system of different funding roles for the Commonwealth and state governments for public and private schools instead of developing an integrated system of government funding as originally proposed by the Gonski report. Julia Gillard wrought this asunder by immediately rejecting the Gonski recommendation for a national school resourcing body, but at least she effected a national inter-governmental agreement for school funding. The Coalition Opposition sabotaged this by inciting some governments not to sign the agreement and, when it gained office, used a technicality to exclude two other governments even though they had signed up in principle. Now, it has entrenched the old system of separate responsibilities for different school systems which will only ensure continuing inequity in funding and leave public schools under-resourced. Instead, the Commonwealth Government should play an increasing role in supporting disadvantaged students as was planned under Gonski 1.0.

The Labor Party, the Greens, the Xenophon team, One Nation and Independent members of the Parliament should not be hoodwinked into supporting Gonski 2.0 in the belief that it will deliver a large increase in funding to disadvantaged schools and abolish all over-funding of private schools. It won’t.

What is needed is a Gonski PLUS that delivers the large funding increase needed by disadvantaged students in both public and private schools and creates a national funding system to ensure equity in funding for all students, across all schools and all systems. The necessary increase in funding could be easily funded by phasing out all over-funding of private schools, which runs into billions of dollars per year.

At the very least, the cap on Commonwealth funding for public schools proposed by Gonski 2.0 should be rejected and the current legislative requirement for the Commonwealth to increase funding for schools resourced below their SRS by at least 4.7% per year until they reach their SRS should be retained. Additionally, the Commonwealth Government should require state and territory governments to increase their inflation-adjusted per student funding for public schools as a condition of Commonwealth funding. The abolition of the special deals for private schools proposed by Gonski 2.0 should be supported as a positive step towards reducing over-funding for private schools.