SOS: Labor Kicks the Public School Funding Can Down the Road 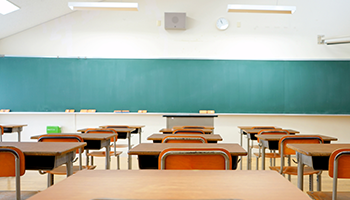 Prior to Christmas, the Federal Education Minister, Jason Clare, announced that the current National Schools Reform Agreement (NSRA) will be extended for another year to 2024. It has major funding implications public schools. It stops any funding increases for public schools which enrol the large majority of disadvantaged students and it continues an absurd arrangement that defrauds public schools of funding. Private schools will also get a small windfall funding gain.

The NSRA is an agreement between the Commonwealth and the states that sets the framework for national education policy and funding. Extending the current NSRA ensures that public schools will remain massively under-funded by about $6.8 billion for another year. Their funding will be stuck well short of their funding needs as determined by their Schooling Resource Standard (SRS).

The extension also allows absurd provisions in the current funding agreements to continue. These provisions allow the states to claim non-school expenditures, such as capital charges, depreciation and regulatory expenditure, as part of their share of funding public schools.

Such expenditures are specifically excluded from how the SRS is measured. This skulduggery defrauds public schools of over $2 billion a year.

Furthermore, the extension of the funding agreements for another year gives private schools another funding windfall because planned reductions in their over-funding by state governments will be halted for a year. In 2023, several states will fund private schools at over 20% of their SRS which is the target share for the states under the bilateral funding agreements. For example, NSW will fund private schools at 22.6% of their SRS and Western Australia at 25%. The average state funding of private schools in 2023 is 21.3%. Total state over-funding is estimated at $246 million and will remain at this level in 2024 instead of being reduced to $230 million – a windfall gains of $16 million.

The Minister’s stated reason for extending the current NSRA is to wait for the result of a new inquiry on the Agreement to report by the end of 2023. This is despite a report on the Agreement by the Productivity Commission handed in a week after the Minster’s announcement. It is the classic government delaying ploy – when you don’t want to do something, have an inquiry even if you have already had one.

The critical influence of the 2019 election review on Labor’s platform for the 2022 election was explicit in Albanese’s address to the National Press Club in November 2019 where he endorsed the report and promised to rewrite and consolidate Labor policies. Public schools were a major casualty. The re-written policy platform made no mention of fully funding public schools to their national resource standard. Its only commitment was that “all schools are fairly resourced to meet the needs of all students”.

In December 2021, the Labor Shadow Education Minister, Tanya Plibersek, said that “the inequity at the heart of our funding system absolutely has to change” and that “every student should get 100% of the fair funding level” [Geelong Advertiser, 11 December). By February 2022 she had retreated to saying that a Labor government would put public schools “on a path to its full and fair level of funding”. By May in the election campaign, she had retreated to saying only that public schools would be better off under Labor.

Even this weak pledge has now been dishonoured by extending the current funding agreements. As a result, public schools face a funding crisis because they continue to be massively under-funded. Low SES, Indigenous and remote area students in public schools will continue to receive much less funding than they need. Full funding according to need is on the never-never.

The Government is clearly under pressure to reduce expenditure. There is a simple solution to better funding for public schools and other human services - stop the Stage 3 tax cuts for the rich. These tax cuts are indefensible. According to the Parliamentary Budget Office the tax cuts will deliver over $150 billion to the top 20% of income earners over ten years from 2024. This massive windfall for the richest people in Australia will exacerbate inequality and deny much needed funding for key services such as public education, health care, aged care and the NDIS. New studies show that there are no trickle-down economic benefits from tax cuts for the rich. They only serve to boost inequality.

In his address to the National Press Club in November 2019 as Opposition Leader, Albanese said that “…for Labor a progressive tax system is the foundation stone for building aspiration and upward mobility, as well as looking after those who need assistance.” This was just a few months after Labor voted for the Stage 3 tax cuts that flatten the personal income tax schedule to provide billions in tax cuts for the rich. It is little wonder that lack of trust in politicians is a major issue in Australia today.

There are shocking inequalities in school outcomes between rich and poor in Australia. The delay in formulating a new NSRA and its associated funding agreements between the Commonwealth and the states just ensures that these inequalities will continue. Many disadvantaged students and schools will suffer the direct consequences, and Australia as a whole suffers from wasted talent and greater division in society. What a legacy for a Labor Government!