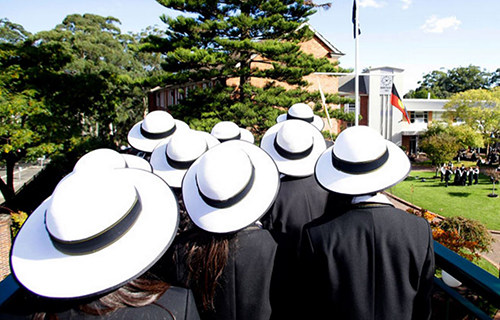 Several wealthy Melbourne private schools are set to get large windfall gains from the Turnbull Government’s Gonski 2.0 funding model after revisions to their assessed student need. Many of the schools will get increases of $1-$3.2 million between 2018 and 2027 because their student need has been revised upwards. Yet, about 75% or more of the students in these schools are from the most advantaged families in Victoria.

The funding increases are the result of revised Schooling Resource Standards (SRS) for these schools. As a result, the current Commonwealth Government funding shares of the SRS are much lower than in the previous assessment and it means larger funding increases to get the schools up to the Commonwealth target of funding private schools at 80% of their SRS, with the remaining 20% left to state/territory governments.

The different assessments of student need are revealed in data on the Commonwealth Government share of SRS estimated for 2017 previously provided to the Senate Estimates in an Answer to a Question on Notice (AQON shares) and new data on the 2018 shares provided in response to a FOI application by the Australian Education Union (FOI shares). For example, the Commonwealth funding share of SRS for Lauriston has been revised downwards from 102.3% to only 49.6% [Chart 2]. Other large revisions include Christ Church Grammar from 98.8% down to 66.9%, Bialik College from 86.5% to 55.5%, St. Catherine’s from 92% to 67.7% and Shelford Grammar from 72.4% to 52.6%.

The revisions will result in very large amounts of Commonwealth Government funding for many of these schools by 2027. Scotch College will be receiving just over $8 million in Commonwealth funding in 2027, St. Michael’s Grammar $6.3 million, Lauriston $5.9 million, Bialik College $5.6 million and Shelford Grammar just over $5 million, and Strathcona $4 million.

According to the Commonwealth Education Department, the dramatic increase in funding has largely been driven by these schools reporting significantly higher numbers of students with a disability. This seems unbelievable. According to data provided to Senate Estimates in July, the number of students with disabilities in these schools was very low in 2017 [Senate Education and Employment Committee, Question on Notice No. SQ17-000796, Budget Estimates 2017-2018]. For example, Korowa and St. Catherine’s has less than 6 disability students, Christ Church has 11, Lauriston has 12 and Shelford has 14. They represent only 1-3% of total enrolments in these schools. It would require a massive change in the number of disability students in only one year to drive such a huge change in the Commonwealth funding share of the SRS of these schools.

The dramatic increase in disability enrolments is due to changes in how disability is assessed and funded in schools following the introduction of the Nationally Consistent Collection of Data on School Students with Disability (NCCD). The assessment of disability has changed from a medical assessment and certification to a school assessment. The Guidelines for the NCCD state that under the new approach teachers and school staff of a school will use their professional judgement to determine the level of adjustment students with disability receive as well as the broad category of disability of the student.

This is an incredible increase in the percentage of students with a disability in Independent schools in Victoria. The executive director of Catholic Education Melbourne, Stephen Elder, has described the new disability data as “dodgy”. He told The Age that “Education Minister Simon Birmingham is letting wealthy independent schools – the biggest backers of his funding policies – game the system”. He said public funding for students with a disability would now be steered towards schools with “the most creative data collection practices” and away from students who need it.

No one believes the new disability data is credible. It inherently favours wealthy schools… [they] can afford to make more adjustments for their students – and they also have the staff to complete all the paperwork.

Independent schools refuse to divulge their enrolments of disability students. For example, Lauriston principal Susan Just told The Age that the data the school collected on students with a disability was confidential. The arrogance is breathtaking. Clearly, these elite private schools believe they should not be accountable for their taxpayer funding. It is indefensible for wealthy private schools to claim confidentiality when they are due to receive million dollar increases in taxpayer funding resulting from their reporting huge increases in disability students. Independent schools in Victoria must be required to justify why they have the highest percentage of disability students in the country.

The Commonwealth Department of Education has previously provided the number of disability students enrolled in various private schools. It should publish the revised figures under the new funding arrangements for disability students. The Senate Estimates hearings later this month should request the new disability enrolments for each private school and aggregate enrolments by sector and state from the Department of Education.