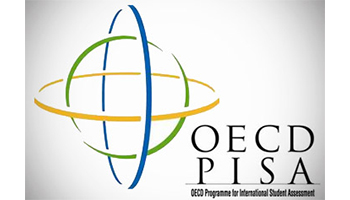 This is one of the most alarming results to come out of PISA 2015. It shows that social apartheid is an enduring feature of Australia’s school system. Students are sharply divided by social class in schools. Other research shows staggering levels of ethnic and religious segregation in schools.

Social segregation in schools has dire consequences for education outcomes and the nature of our society. It is a key factor behind the high inequity in education in Australia as evidenced by the large achievement gaps between high socio-economic status (SES) students and low SES, Indigenous and remote area students. It allows privileged groups to maintain and enhance their advantages. It allows prejudice and social discrimination to hold sway.

School choice policies in Australia have compounded the effects of housing segregation. Government funding policies have fostered the expansion of private schools and have denuded many public schools of the resources they need to provide quality learning opportunities and outcomes for their students. Many advantaged families have abandoned their local public school in a search for better-resourced, high quality schools. The result has been an increasing concentration of disadvantaged students in some public schools and increasing concentration of advantaged students in others.

Governments must ensure that all schools are excellent schools. This requires increased funding for disadvantaged schools to provide them with the human and material resources necessary to provide high quality learning opportunities for their students. This can be financed by re-directing government funding from private schools whose total income exceeds that of public schools to disadvantaged public and private schools.

Ensuring that all local schools are excellent, well-resourced schools would reduce the incentive for families to look for more advantaged schools outside their local area. It would make for a better social mix of students in public schools.

The extent of social segregation in Australian schools is only exceeded in the United Arab Emirates, Peru, Israel, Indonesia, Hungary, Qatar and Chile [see Chart 1 below]. It is very much higher than in other high performing countries such as Japan, Korea, Hong Kong, Taiwan, Finland, Poland and New Zealand.

In the OECD, the extent of social segregation in Australian schools is only exceeded in Israel, Hungary and Chile [Chart 2]. Australia’s rate is significantly above the average for the OECD.

The report also examined the extent of social segregation between public and private schools. Its analysis shows that Australia has the 7th highest rate in the world [Chart 3]. Only Peru, Uruguay,

Government policies have also fostered highly segregated private schools by class, ethnicity and religion. We have a social hierarchy of private schools according to fee levels, with even the richest schools serving the wealthiest families receiving government funding. Researchers have found

Public schools are also increasingly characterised by class and ethnic self-segregation. Government funding policies have denuded many public schools of the resources they need to provide quality learning opportunities and outcomes for their students. Many advantaged families have abandoned their local public school in a search for better-resourced, high quality schools in neighbouring suburbs.

Disadvantaged students, including many migrants and refugees, are increasingly concentrated in some schools, while neighbouring schools largely accommodate middle-class white students. White advantaged families are paying hundreds of thousands, even millions, to buy homes in suburbs to gain entry to coveted schools. Well-off Asian families are paying thousands of dollars to private coaching colleges to ensure entry to selective schools in Sydney and Melbourne. For example, senior lecturer at the University of Technology Sydney, Christine Ho, has concluded that selective schools in Sydney are “ethnically unbalanced’’ which results in “hyper-racialised’’ environments.

Ho says that there is “society-wide obsession with competition and choice in education” in Australia. Unrestricted school choice has fuelled status competition as some, mostly the well-off, strive to gain more status than others by monopolising socially desirable schools. Popular schools cherry pick high achieving students from other schools to maintain their status in the community. Social segregation and a social hierarchy of schools is the inevitable outcome. As Ho says, government policies have created a marketplace in schools that has led to self-segregation by providing more school choice for parents.

Many studies over the past 20 years have shown that more choice leads to greater social segregation in schools. Leading US expert, Henry Levin, Professor of Economics and Education at Columbia University in New York, recently said that school choice has precipitated “the systematic separation of students by ethnicity, social class and religion” everywhere it has been implemented. A major US study published recently in the American Journal of Sociology found “overwhelming

evidence” that school segregation increases with the decentralization of local schooling markets and greater school choice.

A review of school choice policies in OECD countries conducted by the OECD secretariat concluded:

In the last 25 years, more than two-thirds of OECD countries have increased school choice opportunities for parents. The empirical evidence reviewed here reveals that providing full parental school choice results in further student segregation between schools, by ability, socio-economic and ethnic background, and in greater inequities across education systems. [abstract]

This conclusion was echoed in the OECD report Equity and Quality in Education:

Another OECD report, Equity, Excellence and Inclusiveness in Education, noted:

School-choice schemes that do not take equity considerations into account can lead to greater sorting and segregation of students by ability, income and ethnic background. [p.61]

It said that policy makers should “avoid socio-economic segregation within school systems” [p.101]. This is because social segregation in schools has very large negative consequences for students and society.

Socially segregated school systems are highly unequal in terms of student achievement. Schools with high concentrations of high socio-economic status (SES) have much higher levels of student achievement than schools with high concentrations of low SES students. For example, the results from PISA 2015 show that the difference in average science scores for disadvantaged and advantaged schools in Australia was 100 points, equivalent to over three years of learning [Table I.6.11, p.411].

Many studies from the United States, the United Kingdom, the OECD and Australia show that there is a school composition effect on student outcomes associated with high proportions of students from low SES and minority families. A student attending a low SES school is likely to have lower outcomes than a student from a similar background attending a high SES school. That is, the results for students of all socio-economic backgrounds tend to improve when they attend schools with a larger proportion of high SES students.

There is a “double jeopardy” effect for students from low SES families in that they tend to be disadvantaged because of their circumstances at home, but when they are also segregated into low SES schools they are likely to fare even worse. So, increasing social segregation between schools tends to lead to worse results for low SES students and widen the achievement gap between high SES and low SES students.

These results show that students are affected not only by the socio-economic background of their parents, but also by that of the other students around them – and in ways that go well beyond academic achievement. In schools with a diverse student body, those at the bottom of the socio-economic hierarchy are more at risk of being less satisfied with their life than those from a more advantaged background. In systems and contexts with more homogeneous but socially segregated schools, disadvantaged students might be less likely to develop higher expectations for their education and career because their peers at school have low motivation and aspirations. [p.184]

Increasing social segregation has significant implications not only for education outcomes but for society as a whole.

Social, racial and religious segregation in schools breeds social intolerance in communities and workplaces and undermines social understanding and cohesion. Schools segregated by class, religion and race make it more difficult for children to develop a real understanding of people of different backgrounds and to break down barriers of social intolerance. Socially segregated schools can feed a lack of social empathy, indeed, social intolerance and an inability of people from different backgrounds to effectively work together and live together.

There are extensive research studies showing a positive relationship between attending schools with diverse peers and greater acceptance of cultural differences, declines in racial fears and prejudice, and the development of a socially cohesive, multi-ethnic, democratic society. Diversity in school composition makes possible the interplay of ideas and exchange of views between students from different backgrounds and better equips young people with an understanding of others from different backgrounds. It reduces prejudice and social intolerance and promotes social understanding, co-operation and cohesion. It helps create citizens better prepared to know, to understand, and to work with people of all races and backgrounds. Unless children learn together, there can be little hope that they will ever learn to live and work together as adults.

There can be no return to school zoning as many families want to be able to choose schools they think will best meet the needs of their children. Choice of school is a widely-accepted feature of education systems today. However, it should be limited by ensuring that children of residents in neighbourhoods have the right to attend their local school by giving them priority enrolment over those from outside the area. Many systems do this by designating priority enrolment areas for each public school.

Just as increased government funding for private schools has increased social segregation, so too can it be reduced by phasing out funding for already well-resourced private schools. Thousands of private schools are over-funded because their government funding enables them to have more total income than public schools. The over-funding amounts to $4-6 billion a year. This is indefensible, especially when thousands of disadvantaged public schools are starved of resources. It is a complete waste of taxpayer funds. It means that less funding is available for schools serving the education needs of low income, Indigenous students and students with disabilities.

Re-directing this over-funding to less advantaged schools would be instrumental in reducing social segregation by ensuring that all schools are excellent schools. As one of the OECD reports on PISA 2015 recommends, governments should strive to have excellent schools in all neighbourhoods and make them accessible and welcoming for all students in the area [p.231].

The Commonwealth and state and territory governments should give priority to increasing funding for disadvantaged schools. This is the only way that disadvantaged schools can gain the human and material resources necessary to provide high quality learning opportunities for their students. It should be supplemented by policies to reduce shortages of teachers and other professional staff, reduce out-of-field teaching, and increase collaboration between schools on successful learning programs and practices.

Ensuring that all local schools are excellent, well-resourced schools would reduce the incentive for families to look for more advantaged schools outside their local area. It would make for a better social mix of students in many public schools.