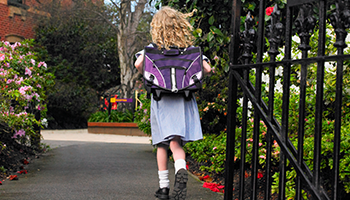 By Trevor Cobbold,
National Convenor, Save Our Schools

Blessed are the rich for they shall inherit more and more, especially if they are already wealthy private schools. New figures show that 700 private schools, including many of Australia’s most exclusive private schools, raked in $750 million in Jobkeeper payments despite many simultaneously running surpluses of millions. It is icing on the cake of the billions in over-funding provided under Morrison’s special deals for private schools.

The average payment was over $1 million per school. School financial statements lodged with the Australian Charities and Not-for-Profits Commission show that many elite schools got millions more than this while making profits and some even increased their profits with the help of Jobkeeper.

Consider a few examples that are by no means isolated cases.

Why such schools got JobKeeper payments when making profits is beyond comprehension. It is absolutely disgraceful and immoral that the wealthiest private schools in the country got millions of taxpayer dollars from Jobkeeper while running surpluses of millions.

Their avarice is obscene. It is another example of the ruthless rorting of taxpayers by the wealthy. These schools pride themselves on their religious values. If they had any conscience, they would give the money back.

Many of these wealthy schools even increased their profits with the help of Jobkeeper. For example, Moriah College turned a loss of $1.3 million in 2019 before COVID into a $9.4 million profit in 2020 and Bialik College turned a loss of $20,000 into a profit of $6.7 million. Penleigh and Essendon Grammar tripled its profit from $2 million to $6.5 million while St Leonard’s doubled its profit from

JobKeeper was designed to allow businesses, schools and other organisations to retain staff while facing major losses of revenue due to COVID. However, these wealthy schools were not going to the wall. They didn’t need JobKeeper to stay afloat. They have highly secure financial cushions to weather downturns in revenue courtesy of their high fees and multi-million dollar assets.

The average fees of nearly all the above schools are over $20,000 per student with several over $30,000. Only the wealthy can afford such fees. For example, the average fee income of Kings School in 2019 was $32,897 per student and 69% of students were from the top socio-economic status (SES) quartile and 93% were from the top two quartiles. Recurrent Commonwealth and NSW government funding was $11.9 million in 2020.

Nearly all of these schools have assets of around $100 million and several such as the Kings School, Geelong Grammar and Wesley College have assets of around $200 million. They include multi- million dollar financial investments that could easily have been drawn on to retain staff. Their massive physical assets provided a sound basis to resort to bank loans instead of ripping off the taxpayer.

Relatively few of the schools receiving Jobkeeper relied heavily on boarding students and the income from boarding fees only accounted for a small part of the total revenue for many. For example, income from boarding fees at Brisbane Grammar comprised only 3% of the school’s total income in 2020. The small reduction of $400,000 in its boarding school revenue was more than offset by its Jobkeeper payment of $3.2 million and increased income from normal fees of over $1 million.

Ballarat Grammar was a similar case. Its boarding fee income comprised only 8% of its total income in 2020 but its reduction in boarding income of $1 million was more than covered by its Jobkeeper payment of $5.9 million and increased income from normal fees of nearly $400,000.

Another anomaly was at Kings School where income from boarding fees actually increased by $2.6 million in 2020 which offset a reduction in income from normal fees of $2 million. Yet it received $7 million from Jobkeeper.

JobKeeper has also opened up a new avenue of taxpayer funding for private schools. Government funding has never included boarding facilities but from now on private schools will be clamouring at governments to fund their boarding schools to buffer any decline in revenue. Independent Schools Australia has already called on the National Schools Resourcing Board to investigate recurrent costs of boarding schools in rural and remote areas to ensure their viability.

The new figures on Jobkeeper payments were provided to the Senate Inquiry on the Coronavirus Economic Response Package Amendment Bill last week by the Australian Taxation Office in response to questions asked by Senator Rex Patrick. However, they don’t reveal the full extent of the Government largesse to private schools under the cover of COVID. Hundreds of other private schools each received $100,000 cash flow stimulus payments which could well total another $100 million.

The Government continues to refuse to release data on these payments.

Private schools have been showered with money by governments over the past decade. Government funding for Catholic schools increased by $1,919 per student and by $1,893 for Independent schools in the ten years 2009-2019 compared to only $469 per student in public schools.

This is set to continue for the rest of this decade. The combination of special deals for private schools by the Morrison Government and continuing over-funding by several state governments will ensure that private schools will be over-funded to 2029 by an estimated $5 billion. Cumulative under-funding of public schools will amount to about $74 billion.

JobKeeper for wealthy private schools has compounded the vast inequality in school funding in Australia. It highlights the need for thorough-going reform of school funding.

The devastating impact of Morrison Government's failure for TAFE