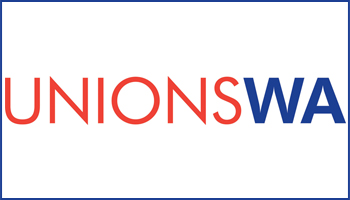 Following the recent close of submissions by the WA Government on changes work health and safety laws in WA. UnionsWA has called for a major overhaul of our outdated laws.

“They were first drafted nearly thirty years ago.

“Working people in the gig-economy are not protected at all.

“The growth of service industry jobs has left customers, those receiving care and the public inadequately protected when in these workplaces.

“The impact of workloads and work-related stress on mental health is also not adequately incorporated into protections.

“We now know a lot more about cancer-causing toxins.

“At present employers can dodge their responsibilities in too many ways – insuring themselves against fines for breaking the law being among these.

“How can that be reasonable?

“It’s a “get-out-of-goal-free card that, in effect, means employers face no penalty for breaking the law and, more importantly, allowing employers to evade their responsibility for ensuring a safety and healthy workplace for their workforce and the public.

“At the same time funding cuts to WorkSafe WA mean that it’s prevention role have been dramatically eroded.

“Yet with cuts to WorkSafe WA Inspectors, unions to do the heavy lifting to prevent injury or fatalities before they occur.

“Given the realities of WorkSafe WA cuts, there is a pressing need for unions to have greater access, and have the standing to prosecute breaches of the Act where they put union members at risk.

"Greater penalties are also needed for breaches of the Act, including penalties of industrial manslaughter where it can be proven that a death of a worker was caused by a negligent act."