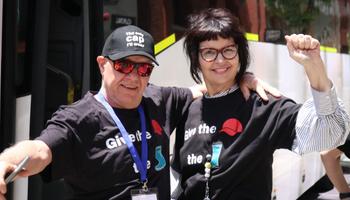 The State School Teachers’ Union of WA has acknowledged the state government’s removal of its fixed $1,000 wages cap in the Mid-Year Economic Review.

The move comes after intense lobbying by the union movement on behalf of their members, who have had their wages increase capped at $1,000 for the past four years.

SSTUWA Senior Vice President Matt Jarman said the government’s offer of a 2.5% pay rise each year for the next two years was a good starting point for negotiations for a new General Agreement for staff in WA’s public schools.

“Our General Agreement has already expired, and we hope to return to a process of bargaining in good faith with the government,” said Mr Jarman.

“While 2.5% is a good start, our members have been essentially going backwards for the last few years, and this rise doesn’t compensate them for that.

“Stagnant wages is one of the factors that has contributed to a teacher shortage in our public schools, and a 2.5% increase is not going to be enough to turn that around.”

The union also noted the government’s offer of a $1,000 sign-on bonus in the first year or an additional 0.25% per annum for ‘negotiated workforce reform measures’.

“We need to understand what these measures are before we can take this offer to our members,” Mr Jarman said.

“What we do know is that the workloads of our members have increased significantly over the past few years, and we would hope that the government’s offer does something to address that.”