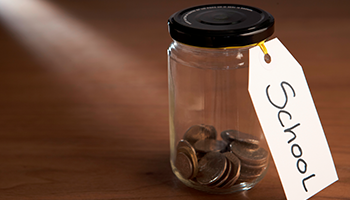 Government funding for private schools increased by six times that for public schools since 2009-10 according to new research by Save Our Schools. SOS National Convenor, Trevor Cobbold, said the heavy bias against public schools is grossly unfair.

“Government (Commonwealth and state) funding of private schools increased by $2,164 per student, adjusted for inflation, between 2009-10 and 2018-19 compared to $334 per student for public schools.

“The stark favouritism in funding private schools is outrageous, especially as public schools enrol over 80% of disadvantaged students and comprise over 90% of all disadvantaged schools in Australia.

“The vast misallocation of resources to the most advantaged sections of the school population makes it virtually impossible to reduce the achievement gap of 3-4 years of learning between the most disadvantaged and advantaged students.”

Mr. Cobbold said that the prospects for public schools remain bleak for the rest of the decade under the current funding arrangements.

“Under the bilateral funding agreements between the Commonwealth and state governments, public schools in all states except the ACT will only be ever funded at 91% of their Schooling Resource Standard (SRS).

“In contrast, the combination of new special deals for private schools by the Morrison Government and continuing over-funding by several state governments will ensure that private schools will be funded at over 100% of their SRS until at least 2029.

Mr. Cobbold criticised the claim made last week by the Minister for Education, Alan Tudge, that school funding increased by 60% in real terms over the last two decades.

“This is simply incorrect.

“A consistent series of Commonwealth and state funding data is not available for the past 20 years, but over 15 years from 2002-03 government funding per student in public schools increased by only 11% (0.7% per year) in real terms compared to 36% (2.1% per year) in private schools.

”Mr. Tudge continues the tradition set by previous Coalition education ministers in making highly misleading claims about school funding. His claim is based on Commonwealth funding only and ignores the cuts to public school funding over many years by state governments. He also ignores the huge disparity between Commonwealth funding increases for public and private schools.”

Mr. Cobbold called for a fundamental change in Commonwealth and state government funding policies to ensure adequate funding for public schools and the tasks they face.

“The chronic underfunding of public schools threatens huge costs to individuals, society and the national economy because it means continuing failure to address disadvantage in education.”

YouGov poll: 83% say school funding should be a priority

Choose to Challenge in 2021