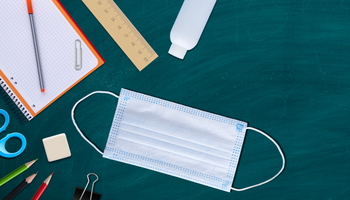 The SSTUWA is pleased the state government has finally outlined its plans for the return of school next week; however the union will seek more details from the Minister regarding parts of the plan.

SSTUWA President Pat Byrne said there were still some areas of concern for members.

“We have some questions about how symptomatic students might be managed at schools, including where on the school grounds they could isolate and how they will be supervised,” she said.

“We also have some concerns about unvaccinated parents being allowed on school grounds to help out at the school for the entire day if it’s only once a week.

“Given that unvaccinated parents have restricted access to other community facilities, this seems inconsistent especially when teachers and staff have to be fully vaccinated.”

Teachers have also raised doubts about meeting with parents who may be unvaccinated.

Ms Byrne said the union also questioned whether the government’s plans to cover teacher absences would be enough.

“It obviously remains to be seen whether the extra 450 staff will be enough, and we have serious concerns about the capacity to cover vacancies in regional schools in particular in the event of an outbreak,” she said.

“The Department has been assessing the ventilation capacity of schools against the requirements for ensuring Omicron transmission is not facilitated by poor ventilation and has committed to the provision of monitors and filtration devices targeted to schools with the greatest need.

“The union is seeking a level of flexibility to ensure backup provision if necessary during any outbreak.”

Ms Byrne noted there had been no reference to arrangements for TAFEs in the Minister’s media conference this morning.

“While we know that TAFE students are not required to be vaccinated to attend classes, college staff have raised concerns about working with unvaccinated students due to the greater transmissibility of the Omicron variant. We are unclear what the ventilation plans are for TAFE campuses.”

“In addition, the union is unaware of any contingency plans being made in the event that TAFE lecturers are absent due to isolation or illness.”

Ms Byrne said the union called on the government to use the extra time it has as a result of delaying the border opening to ensure schools and colleges are fully prepared for any COVID outbreaks.